Check this oddity out. I came across something really weird the other day.  I had just finished blow drying my hair and found a long strand of hair on my face. When I took it off I noticed that half of it was brown and half of it was silver, with clear demarcations in colors, no gradual blending. Then I looked to see if I could find a root on one end because I was curious to see if the hair started out brown, then turned gray, or vice versa. Sure enough the brown end had the little root thingy. The only conclusion one could possibly come to was that a gray hair somehow turned brown again. Does this really happen? 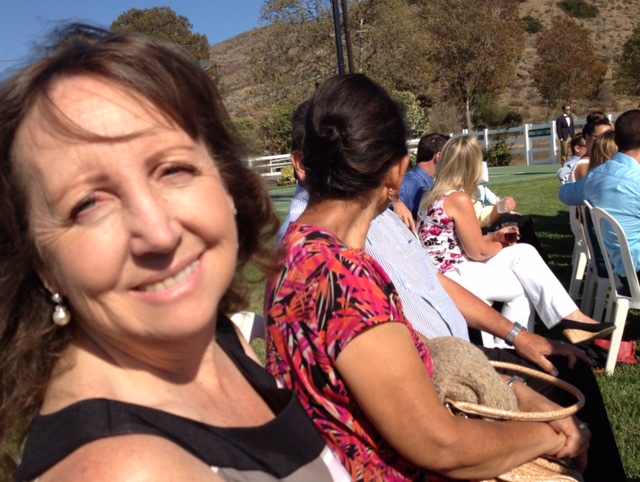 So I googled it and found a bunch of other people have experienced the same thing.  Some people say that they didn’t feel like they were doing anything healthier, with some even saying that they were recently under more stress. But others were saying, more in fact, that they had recently started trying to be more healthy, trying to reduce stress, and taking more supplements.  The supplements that were reported by far the most frequently were fish oil, Vitamin B’s, and Vitamin D.

Some people reported having all gray hair, then seeing swatches of black or brown appear, or whole heads of blond, brown, or black hair return in their forties, fifties, on up to the seventies in age.

Other reasons for graying: Normal aging is probably the most common one. However, it is thought nutrient deficiencies can contribute. One study indicated that low vitamin B12 levels can cause premature graying. And smoking has been found to definitely cause one to turn gray sooner.

Since I found that one half and half hair I have searched for more, but alas, have not found any.  However, I find it interesting that I have been trying to reduce stress, have been taking cod liver oil and fish oil; Vitamin B Complex, and more Vitamin D3 since it is flu season (like 5,000-10,000 IU’s, because the last time I checked my Vitamin D blood level was 43 ng/mL and am aiming for 60-80 ng/mL’s), so who knows, maybe that ONE was the first of many.

Have any of you had a reversal of gray hair? If so, can you attribute it to anything?

“We are a participant in theAmazon Services LLC Associates Program, an affiliate advertising program designed to provide a means for us to earn fees by linking to Amazon.com and affiliated sites.