This post is written by a guest, my fellow-health-fanatic sister Rosanna, who is an author of a book for older children, called The House of Tower, a blogger, a retired neonatal registered nurse and a wife, mother, and grandmother.  I asked her to write about this subject for a Quirky Thursday post because we were having such fun with the odd ideas we were learning from Dr. Zach Bush.  I hope you enjoy it and find it informative.

The microbiome is a hot topic these days, but I have to confess it sort of snuck up on me until I couldn’t avoid it any longer. Oh, I had been marginally on the “good bacteria” bandwagon for years, learning how to ferment vegetables and sporadically taking probiotics. I thought I was doing okay. That is, until I stumbled upon a talk by a Dr. Zach Bush and discovered I would need to do much more than that to set up a bed and breakfast suitable for hosting a healthy colony of microbes.

Dr. Bush found that many, if not most, chronic illnesses can be traced back to the gut and the microbes that reside there. The lack of a robust and diverse microbial population can lead to an imbalance between the good guys and the bad guys, even leading to a condition called “leaky gut”. We need these organisms for proper digestion and a healthy immune system that won’t go rogue and turn on itself.

However, it is becoming increasingly clear that our intestinal microbiome is under almost constant assault from our usage of products like hand sanitizer, mouthwashes, and antibiotics; both ones that we are prescribed, as well as the ones found in our meat and dairy products.

That said, Dr. Bush is convinced the biggest source of destruction to the human microbiome is by glyphosate, an herbicide also known as Roundup, used in conventional agriculture, that contaminates our food, water and even the air we breathe. The latter happens as we kick up the enormous amount of toxic stuff that has been dumped on our soil.

He recounts the timeline of when glyphosate began being used routinely in farming and correlates this to the increase of chronic diseases and autoimmunity. Of course Dr. Bush goes into so much more detail in his presentations, and I encourage everyone to give him a listen or two or three. You can find him being interviewed by Dr. Mercola here.

This information initially overwhelmed me until I focused in on something Dr. Bush said. “Change everything.”

Change everything? Change how? His premise is that we become exposed to microbes all the time, but if we do things the same way, we will not have as broad an exposure as we need to. For example, if your toothbrush is always on one side of the sink, it will have a different set of microbes than it would if it was moved to the other side.

The goal, according to Dr. Bush, is to reestablish a huge variety of microbes back into your gut by way of new exposures, digging in the soil, getting out into nature and, really anything else you can think of.

And so I took the challenge. I moved my toothbrush. But I did so much more, too. I enlisted my husband, (who is such a good sport) and we switched things up. We traded sides of the bed for a night or two and switched pillows. We even flipped around and slept at the foot of the bed. This was proving easy and, funnily enough, fun. We looked around for more ways to do things differently.

One day, about fifteen minutes early to church, we decided to walk around the block. Coming upon a section of sidewalk deeply covered in leaves, instead of walking gingerly on top of them or walking in the street around them as two adults about to attend church normally would, we shuffled our feet under them, kicking high like we were little children. After all, we had a microbiome to restore, and if a bit of leaf stuck to the bottom of our shoes when we entered church, God surely understood. 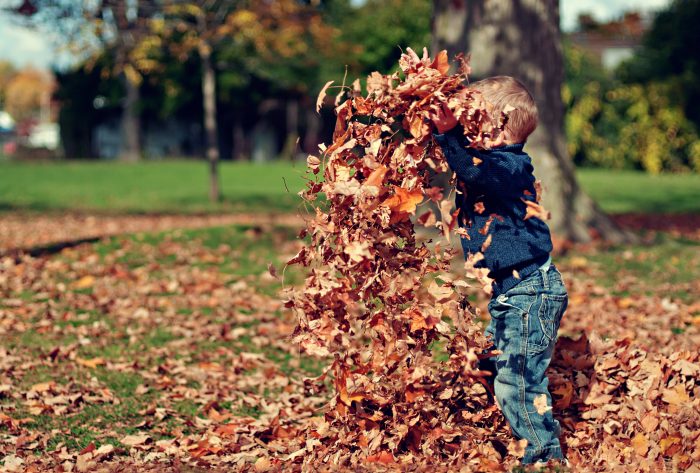 At other times we squelched barefoot through damp grass and made every walk we took an opportunity to expose ourselves further to resident microbes. We picked and ate blackberries straight off the vine, and foraged for dandelions, throwing the greens in with a salad, and drying the root and making a tea with it. We routinely crushed sprigs of rosemary, oregano or any of the other herbs we have growing in the garden, and inhaled the scent deep into our lungs.

And to really take things to the next level, one night we threw a tarp on the back lawn, topped it with two sleeping bags and slept under the stars. It felt silly and magical, and I’m sure I fell asleep with a smile on my face. 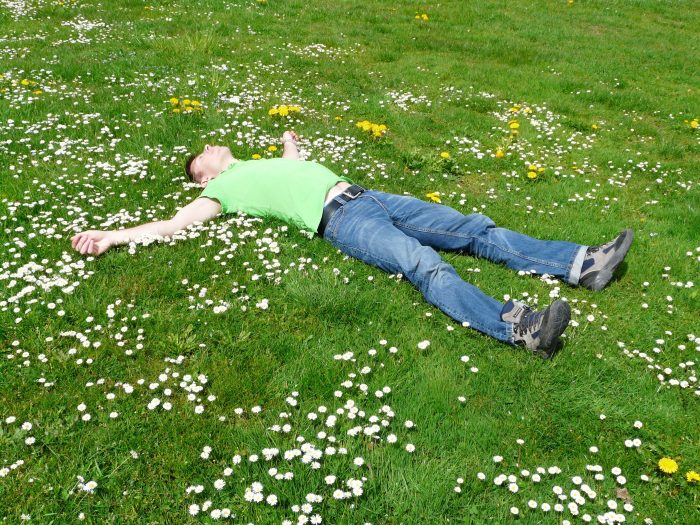 As well as doing strange things to encounter bacteria and other microbes, I continued learning about them with books such as Missing Microbes by Martin J. Blaser, MD and The Good Gut by Justin Sonnenburg and Erica Sonnenburg, PhDs.

And I continued to follow Dr. Bush, discovering that he has created a product to help restore the tight junctions in our intestines, or other areas of our body such as the sinuses, that have been damaged by environmental factors. The product, Restore, create a beneficial shift in the bacteria making up the microbiome, which is key to reversing chronic conditions and maintaining overall wellness.

So, did this challenge to change everything make a difference to our microbiomes? Hard to say. but it did affect our attitudes. We rediscovered playfulness and a willingness to encounter nature in novel ways. And it was fun!

How about you? Do you want to change everything? Or maybe even something?

A note from Vanessa, the blog owner: I personally have been using Restore since October 2017, six months. It improved my health in a few ways fairly soon after starting the use of this product 1 teaspoon 3 times a day (preferably 30 minutes before meals), one of them being better digestive health and less abdominal pain. One of the primary reasons to use Restore, according to Dr. Zach Bush, is that it supposedly helps protect you from glyphosate (Roundup) that you are frequently, unintentionally exposed to on a daily basis.  However, it looks like dirt water, and is, in fact, special dirt water that has been processed in a particular way. So, it makes one wonder if this is not a case similar to the Emperor’s New Clothes and the joke is on me. The science behind it appears to be legit though, so…I am planning on continuing to use Restore as part of my health regimen for now.