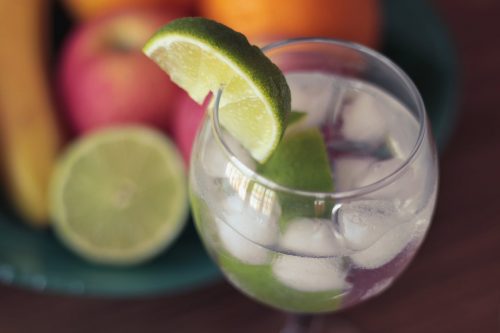 I actually did not really like breaking this blog into Parts 1 & 2, but felt I had to due to the length.  I don’t think they stand alone well, so if you missed Part 1, I encourage you to read it.

So, anyway, let’s launch into Part 2!

What some health gurus say about alcohol:

Mark Sisson decided to go without alcohol (his normal intake was almost nightly 1-2 glasses of red wine with dinner or after dinner) for 45 days in May 2014 to see if his lingering intestinal issues would clear up. He reported that they significantly improved, as well as his sleep. Prior to the experiment, he had been falling asleep without difficulty then awakening every night at 2 or 3 am and then having difficulty falling back to sleep. In one of his articles on alcohol he reports a study that found alcohol to be less addictive than nicotine, crystal meth, crack and valium; but more addictive than heroin, cocaine, caffeine, marijuana, and ecstasy. He goes on to say that alcohol is can be toxic, hard on the liver, carcinogenic, affects judgment and perception, can cause poor eating choices and overeating. He did balance this all with some positive effects of alcohol, all of which are already mentioned in the list above. He thinks everyone should give abstaining from alcohol a trial.

Alejandro Junger MD writes in Clean Gut that alcohol can be problematic in that it can feed yeast and fungus contributing to overgrowth, has to be eliminated during the 21 Day Clean Gut program, then take frequent breaks from it in order to remain dependency free. He also calls alcohol one of the toxic triggers: a food that more often than not can negatively affect your weight, mood, and energy. For fairness sake to alcohol, he also includes corn, other grains, processed sugar, soy, gluten, dairy, and nightshades as potential toxic triggers.

Sarah Ballantyne PhD, in her book The Paleo Approach, warns that even small amounts have been shown to damage the intestinal lining, that studies have shown that it can increase inflammation with autoimmune diseases such as psoriasis and rheumatoid arthritis. Alcohol can also cause bacterial overgrowth by feeding the bad bacteria in the gut and cause intestinal permeability. However, she concludes “an occasional drink might be tolerated after noticeable improvements in disease symptoms”.

Chris Kresser, Your Personal Paleo Code author, states alcohol has to be avoided completely in his 30 Day Reset Program, but it can be added back in Step 2. He then recommends limiting it to 4 to 6 drinks (or in another place he says 3-5) per week. Either way, pretty limiting. However, he does not recommend adding beer back in due to the gluten content, and goes on to say that wine, vodka, tequila, and gin are good choices. He also mentions that alcohol is associated with decreased sleep quality and duration.

Suzy Cohen, touted as “America’s Most Trusted Pharmacist”, is a pharmacist who deals a lot with alternative medicine and who wrote a good article on how drinking alcohol depletes vitamin B1 (thiamine) and is not easily replenished by the foods we eat. She is 50 years old and looks much younger. Someone asked her what foods/drinks she consumed. Her reply alcoholwise was that she does not like to drink much, usually 5-6 times a year at parties, and not even one whole drink then.

J. J. Virgin– In The Virgin Diet says to omit alcohol in cycles 1 & 2 to give the liver a better chance at ridding the body of toxins and metabolizing fat. After that drink in strict moderation, like hard alcohol 1 time weekly, one shot only; or one glass of wine daily at most.

Daniel Amen MD in Change Your Brain, Change Your Life says that overuse of alcohol can give the brain a shriveled, less active, toxic look and impairs function.

David Perlmutter MD author of Grain Brain says that alcohol can be impair deep sleep because it causes the release of adrenaline which is stimulating, and disrupts serotonin production which helps initiates sleep.

Andrew Weil MD– Light consumption of alcohol, such as ½ glass of red wine daily has been shown to extend life span by 4 years.

Other sites googled on the internet stated over and over that benefits from alcohol only come with moderate use and that means one 5 oz glass at of wine for women or no more than 2 glasses of wine for men.

Due to the many reasons stated above I agree that taking periodic breaks from alcohol is a wise idea. In case you want to get better control over your alcohol consumption for whatever reason I recommend that you check out Hello Sunday Morning. This site I just came across provides encouragement and resources.Morning

Cheers! whether you have a glass of wine, a martini, or soda water with lime in your hand.