Last weekend I had the wonderful opportunity to attend Paleo f(x), the largest Paleo/Primal conference in the country, which took place in Austin, Texas. 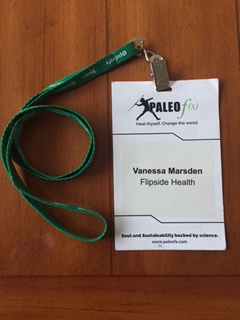 As some of you know, by necessity due to health issues, I cannot eat gluten, dairy, and most other grains. When I stumbled across the Paleo/Primal movement about eight years I didn’t feel like I was as much of a freak anymore, for here I found a bunch of people who eat like I do.  So you can imagine what an awesome time I had being surrounded by like-minded speakers and fellow Paleo/Primal-ites, not to mention food that was mostly compliant with how I have to eat.

Yes, the Freak-who-can’t-eat-wheat did not feel freakish at all at this conference. One of the best things about it was that there were over 200 vendors at the Expo hall, many of them giving out samples of food that I could actually safely eat. In general, this Freak’s relationship with food outside of my home is 1) just avoid, or 2) take a chance if I can reasonably determine the ingredients are probably safe (but most are not), both which involve the feelings of deprivation and/or awkwardness.The most unusual food I sampled at the Expo was crickets made by a company called Aketta. They come in 5 delicious flavors. They were actually tasty. Other unusual offerings were camel milk and pili nuts. But there was also the normal fare like bone broth, coffee with MCT oil, grain-free crackers, and bison jerky. So, this food fest was a definite bonus to what drew me to attend in the first place, which was the awesome line-up of speakers.

Beginning on May 19, there were 6 sessions on Friday, 5 on Saturday, and 4 on Sunday, all with multiple speakers and workshops from which to choose.  Biggies in the Paleo/Primal world were there like Dr. David Perlmutter, Mark Sisson, Dr. Josh Axe, Robb Wolf, Chris Kresser, Dave Asprey, Ben Greenfield, and Sarah Ballantyne.  I made sure I didn’t miss any of those.

Attending those sessions with the above mentioned speakers were definitely awesome, but certain things were highlights. Dr. David Perlmutter was one of them. I am very familiar with his work and was wondering/hoping that I would learn something new; was I ever happily writing down notes as fast as I could; the content was so jam-packed good and new! Here is me with him afterwards looking dorky with my Austin-humidity-is-bad-for-hair look. 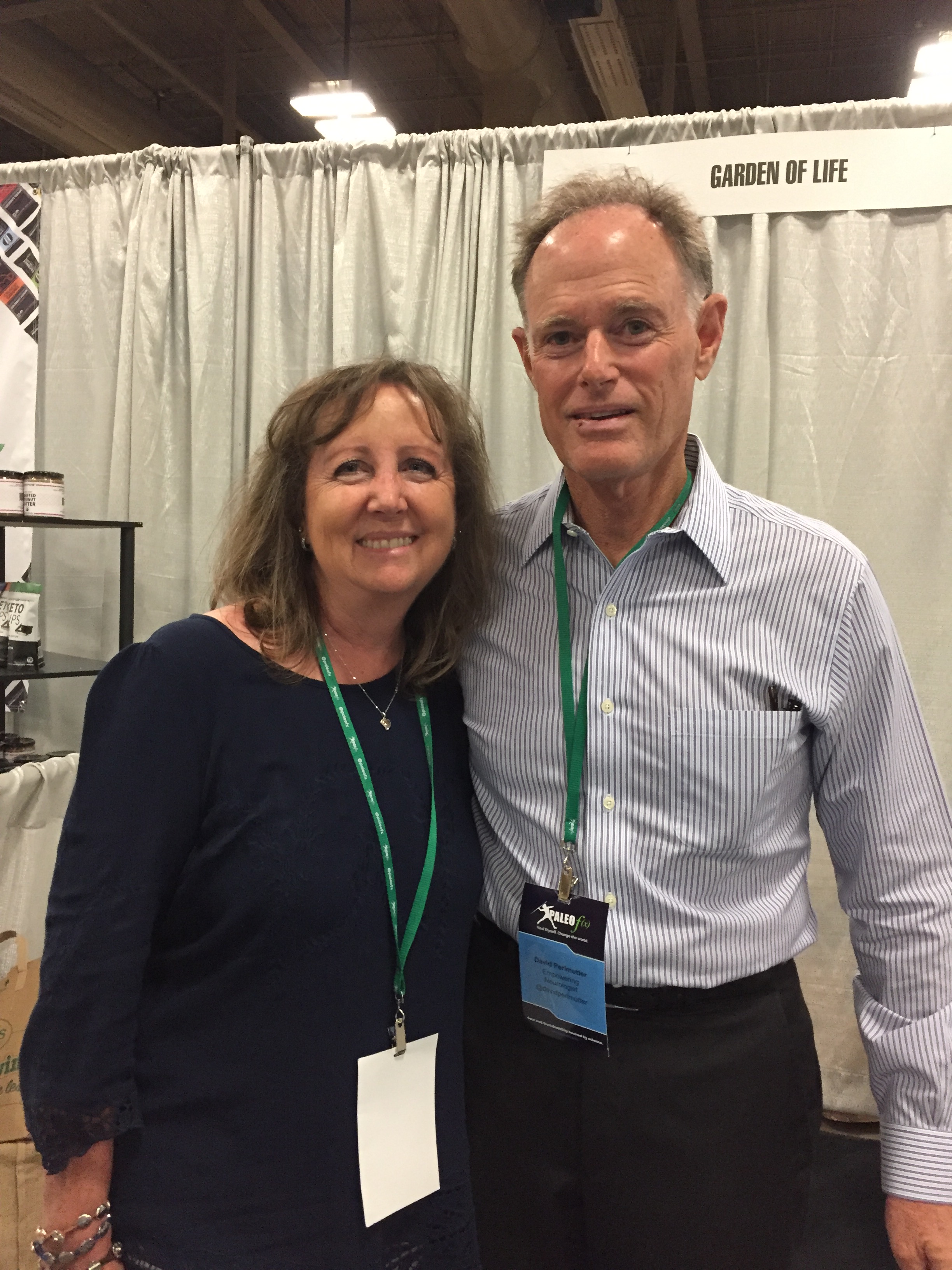 Another highlight was meeting Mark Sisson, author of the greatest blog ever, Mark’s Daily Apple. He is also the creator of the Primal Health Coach course, of which I recently graduated from and am now certified in as a health coach.  He and his staff held a lunch on Saturday for all of his graduates that were at Paleo f(x). It was nice of Mark to coordinate his shirt with mine. 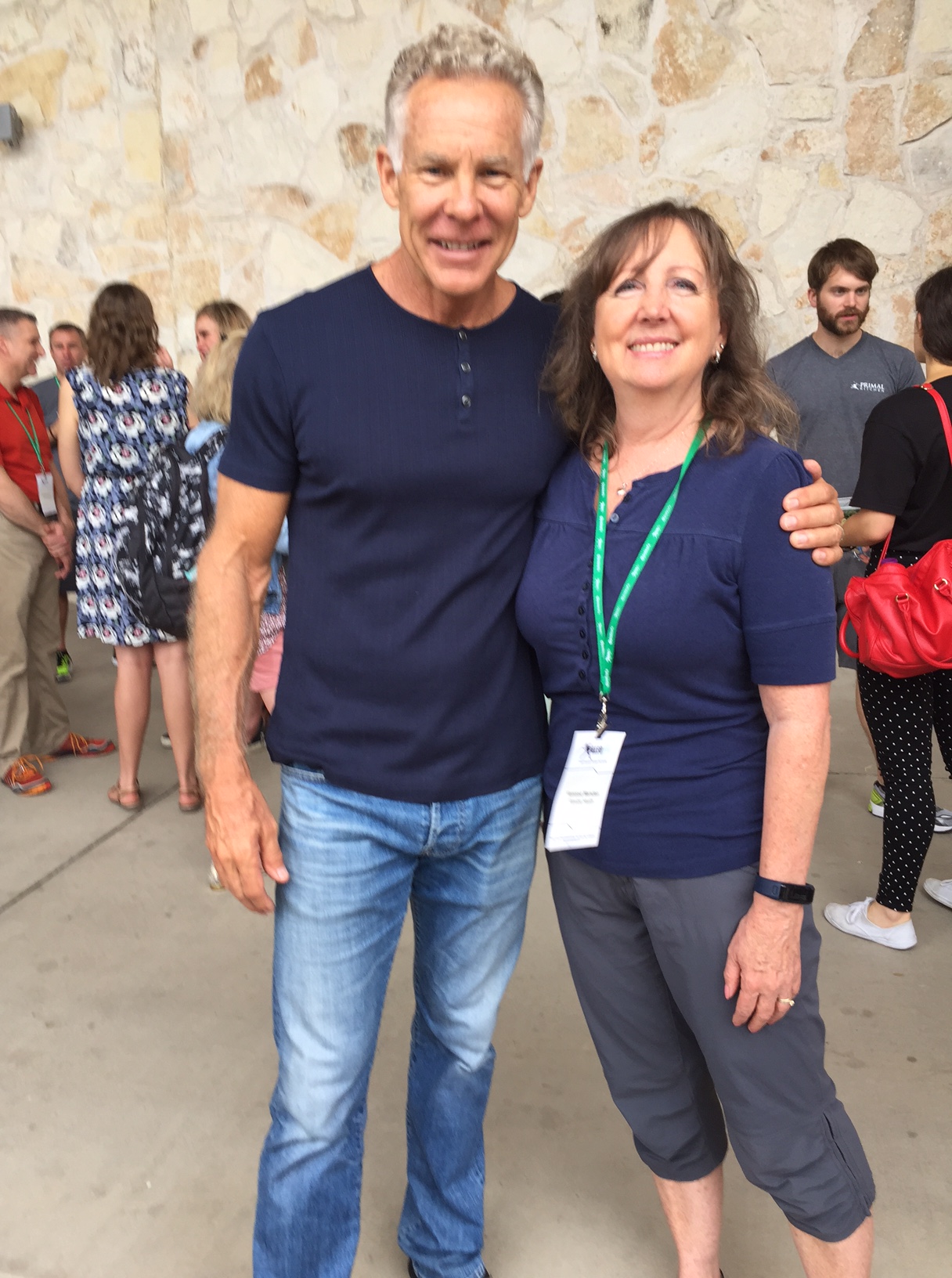 Mark Sisson had a booth at the Expo for his Primal Kitchen, showcasing wonderful new products such as mayonnaise and salad dressings made with healthy oils, and introducing Primal Kitchen, a new restaurant serving only Primal foods. I am looking forward to the one in Culver City opening in a few months.

Speaking of food, Austin food is great! Here is one meal I enjoyed at Eberly, an amazing restaurant with mouth-watering-gluten-free options.  Menu description: Axis venison, iberico bacon, grilled quail, huckleberry preserve, pickled cabbage, and a side of brussel sprouts and cauliflower with smoked chilis, anchovy, butternut, oil, maple, and balsamic. How Paleo/Primal is that! And also, exquisitely and tantalizingly delicious! 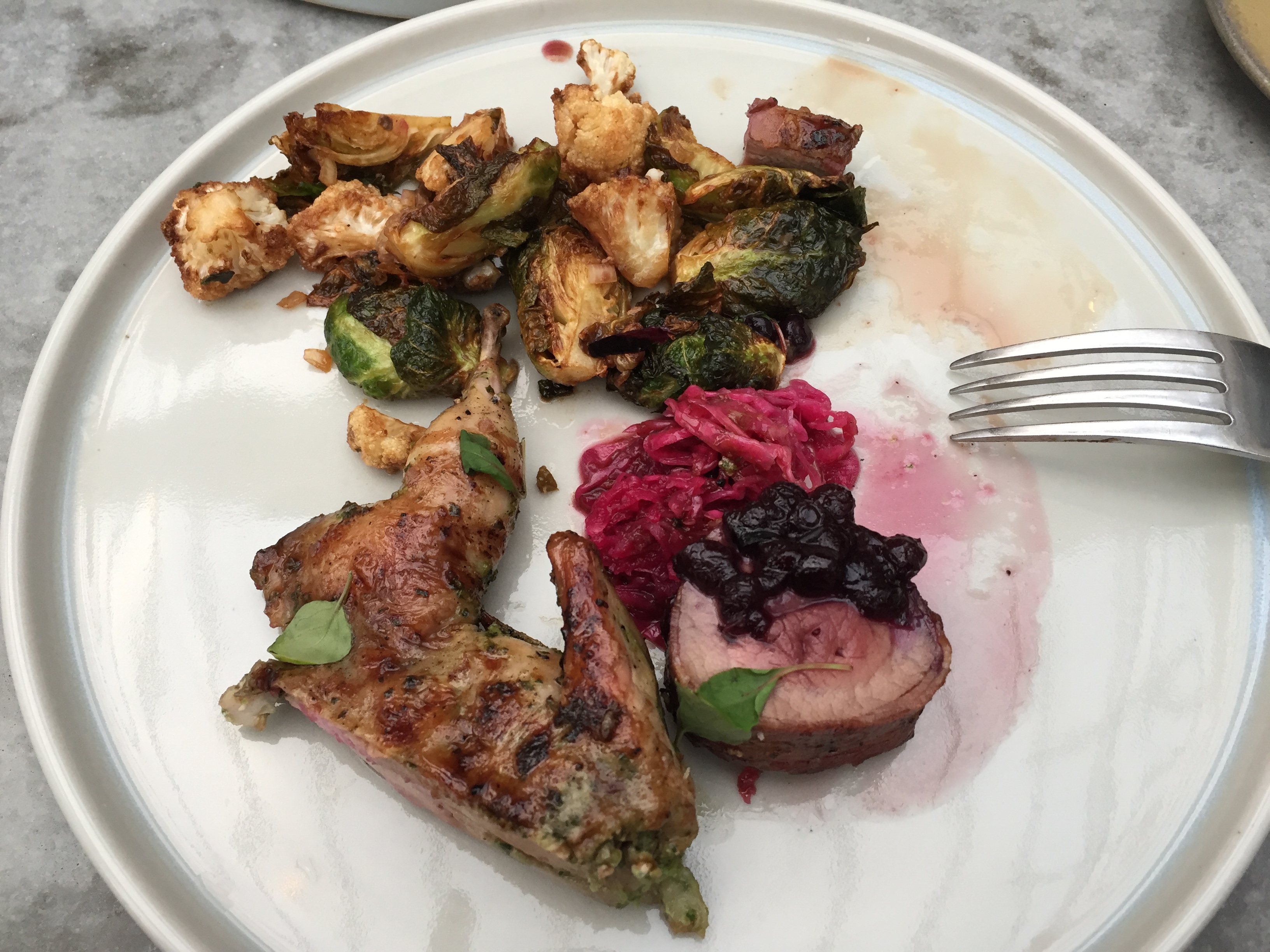 All that being said, in closing, I would be remiss if I didn’t give you a heads up on something. Mitochondria. Mitochondria is a word I heard mentioned at Paleo f(x) a lot, and one which you will all be undoubtedly hearing a lot of as “they” are discovering more and more about this little cellular organelle and its importance to our health. A whole other post is waiting to be written about this in the near future.

Disclosure: “We are a participant in the Amazon Services LLC Associates Program, an affiliate advertising program designed to provide a means for us to earn fees by linking to Amazon.com and affiliated sites.”