Yes, mononucleosis is horrible. Not only does the inflicted person feel like death, but he feels like death for a long time. Just to give you an idea how ill Husband was, he lost 20 pounds in the first three weeks. I thought (briefly) about bottling his saliva for a new weight loss product.

Did you know…
…that an estimated 95% of adults over age 30 have had mononucleosis? Many of them had such a mild case they didn’t know it.

…that you are intermittently contagious for the rest of your life?

…that at any given moment 1 out of 4 adults you come in contact with will be contagious?

…that older adults present with the illness differently than children or teenagers?

…that consuming 2 tablespoons of coconut oil twice daily will reportedly effect a quicker recovery? (This one was personally tested out by my husband and appeared to really help. Read about this below.)

…that your biggest defense against infection is keeping your “terrain” healthy and strong? Things that weaken it are not enough sleep, poor food quality, stress, environmental toxins, a low Vitamin D level, and a sedentary lifestyle.

…that the virus is mostly transmitted via saliva, i.e. kissing, sharing cups and utensils, and standing to close to a person while talking. Note to self: Especially watch out for the person who sprays when they talk.

…that it can take weeks, to months, sometimes a year, to recover. The acute illness usually lasts 2-4 weeks, but then the weakness and fatigue can last much longer.

Just about everyone who knows us knows that the “flu” we thought Husband was having a few years ago turned out to be mononucleosis. We would have taken the flu any day. Mono is horrible! Husband lost 20 pounds in the first three weeks. 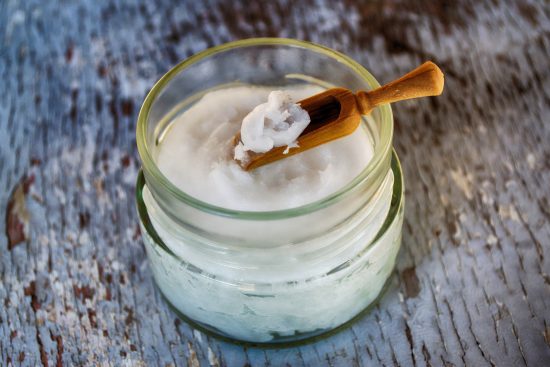 Coconut Oil to the Rescue

Feeling like there must be something that would be able to help and after doing a lot of research on the internet, I had Husband try coconut oil to help fight the mono. There were many anecdotal reports of having mono for weeks and even months and finally the desperate people would try coconut oil and within a few days had remarkable turnarounds. The amounts seemed to vary, but I saw most often 2 tablespoons twice daily. So we started on a Tuesday night. Wednesday, Husband actually felt better somewhat, a few levels better, whereas prior to that he had been only very gradually feeling a tiny bit better, like his fevers were creeping down to only 101 instead of 103 degrees.

I was ready to throw the jar of coconut oil away on Thursday though because Husband felt  worse. It was a good thing we continued with this unusual therapy because on Friday he felt MUCH better. And more so Saturday and Sunday, and continued significant, steady improvements thereafter. He was also taking Vitamin C, Vitamin D3, milk thistle, garlic, and a combo of echinacea/goldenseal. I figured the former would kill the bad guys while the latter would stimulate the immune system to help out.

The interesting thing about coconut oil, and the part that was really compelling to me, was that it contains lauric acid. Lauric acid is only found in coconut oil and breast milk. Lauric acid breaks down the protective lipid membrane that coats and protects viruses, thereby killing it. It is kind of like how we would die if our skin was removed.

Not only is coconut oil good for mononucleosis, but also other viruses such as HIV, meningitis, influenza, herpes, and hepatitis. It is also an anti-bacterial, anti-fungal, anti-parasitic, and anti-candida.

Who is keeping this stuff from us???

As Hippocrates said, “Let food by thy medicine and medicine be thy food”.

How to Use Coconut Oil

At this point you may be asking how to consume the coconut oil. Some people liberally cook with it, others spread it on toast or stir it in applesauce that is slightly warm, or just eat spoonfuls out of the jar. At the time, Husband did the applesauce thing mostly.  Since then we just cook and bake with it a lot. You can cook eggs in it, top sweet potatoes with itstir it in tea or coffee, as well as saute and roast vegetables in it.

My favorite way is to stir a spoonful into hot tea. In fact, I rarely go to work at my job at the clinic without this protection as I am exposed to a lot of illnesses.

It can be used topically as well. Being an antimicrobial you can use it on scrapes and minor infections. Or use as a moisturizer. I keep a jar in the bathroom as well as the kitchen.

Coconut oil is a saturated fat. (But don’t let that scare you. However, that would require a lengthy explanation.) It is liquid at 76 degrees F or higher, solid at temperatures lower than that. It has a long shelf life; after one year at room temperatures there have been no evidence of rancidity. It also is a safe oil to cook with, staying stable at higher temperatures.

And if you, no, when you buy some, (because you are not crazy are you?) look for the organic, unrefined, cold-pressed virgin coconut oil which costs about $6.99 for a 14 ounce jar. At Whole Foods and Trader Joe’s it is in the same section as all of the other oils. 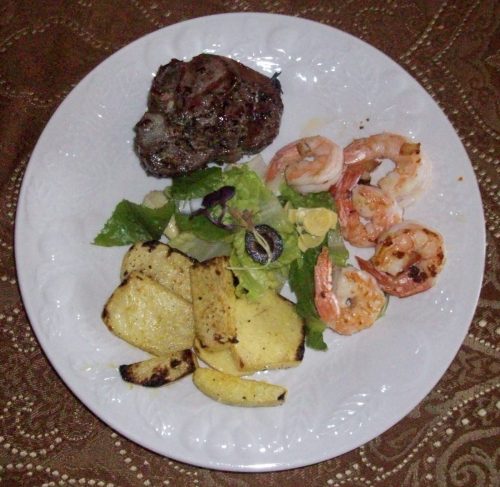 Other Health Benefits of Coconut Oil

Coconut oil has thyroid stimulating effects. In the 1940’s farmers tried to fatten their cows with coconut oil, but found instead that it made them lean, more active, and increased their appetites. So, after some diddling around with other substances, switched to feeding them corn and soy because those grains had the same anti-thyroid effect as an anti-thyroid drug. What is wrong with this picture!

Coconut oil also lowers cholesterol; it is thought because it stimulates the thyroid which in turn converts LDL cholesterol via enzymatic processes to anti-aging steroids: pregnenolone, progesterone, and DHEA. These substances prevent heart disease, dementia, obesity, cancer, and other chronic degenerative diseases.

Coconut oil is useful for an after shower moisturizer, make-up remover, soothes hemorrhoids, can be used for oil pulling, and healing diaper rashes.

In addition, coconut oil has been purported to improve sleep, cure chronic bladder problems, helps with irritable bowel syndrome and acid reflux, and gets rid of eczema, toenail fungus, and athletes foot. And much, much more.

You can learn more about what coconut oil has to offer in this book, The Coconut Oil Miracle by Bruce Fife.

So what is stopping you? Quick, go get some. Let me know if you or any of your animals benefit.

If you would like to receive more information like this, sign up for my free weekly newsletter at the top right area of this post.  If you are interested in working with me as a health coach and would like to schedule a free discovery call to see if we are a good fit, I would love to talk to you. Contact me here.

4 thoughts on “Coconut Oil and Mono”